The engagement bug: worse than H1N1

Man, that thing gets around. First it was Kazim and E.E.A. Now, word is in from the wilds of Australia (which I refuse to call "Down Under" because that's so 25 years ago) that our pals from Sydney Atheists, Alan Conradi and Rachel McAlpine, are plunging into connubial bliss. Alan popped the question to Rachel at five minutes to midnight on New Year's Eve, which apparently hits about three weeks before it does up here, making this somewhat old news. Still, photographic evidence indicates Rachel was appropriately gobsmacked! 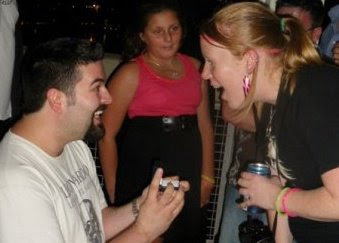 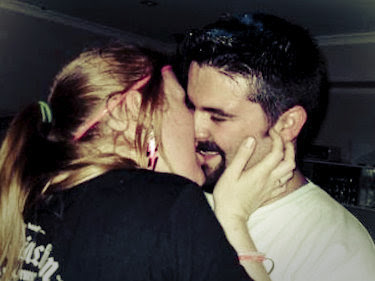 Awwwwwwwwww, hooray! Alan and Rachel were pretty much already unopposed contenders for Cutest Atheist Couple anyway, so this effectively seals the deal. In blood.

In related developments, Zach, the Conradi family mascot, was spotted by paparazzi being fitted for his role as Best Man. 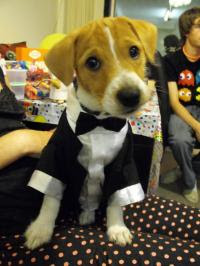 Now, it looks like the happy couple haven't really been keeping up with their blog over at Critical Mass for a while (I'm guessing they're distracted), but that doesn't mean you can't go over there and wish them well all the same. Conversely, you could just do it here too. Whatever you choose, the only sure way to nurse the engagement bug is to have your friends embarrass you on an international scale. No better time to get that started!