I just don't have a problem with Christmas

It's true. I know O'Reilly and any number of the folks running the right-wing Christian-persecution industry want to think I've declared "war" on their holiday. But I haven't. If anything, they've done so, by loudly claiming the entire holiday season as their own and not wanting anyone else to play. I thought this was a time of peace on Earth and good will to all men. Not for fearmongering religionists who see enemies beneath every rock, I suppose.

The things I dislike about Christmas are mainly the things most people dislike: the traffic, the congestion, the crowds. I'm able to avoid most of this, because I'm not a family man myself so I don't have an obligation to race to the mall and bow to the gods of commerce every year so I can get the kids the latest awesome video game. No, I get to go at my own pace and pick that game up for me whenever I want it. Hah!

When I was a Christian in my childhood and adolescence, I recall having more of an investment in the religious aspects of the holiday. Today I find much about the holiday that engendered those same feelings of warmth in secular motifs — and in fact, I realize now that what I really loved about the holiday back then was mostly secular, as well. I dug decorations, and hanging out by the tree, and the anticipation of opening presents. Going to church on Christmas Eve was okay, I guess, the only really sucky part having to do with getting dressed up and going out in the cold when I'd rather be at home curled up under blankets. But I do remember liking one thing about the Christmas Eve church service when I was a kid: they'd kill the lights in the sanctuary and everyone would be holding lit candles, and that created a really great ambiance.

As an atheist adult, I don't miss the church services or religious carols, but there's still plenty about the holiday for a secularist to enjoy. I have often been asked by Christian friends why I celebrate Christmas if I'm not Christian. I hasten to remind them that the holiday wasn't exclusively Christian to begin with (as with all major Christian holidays, it's an absorbed pagan celebration), and that today, there's the Christian Christmas and the secular Christmas, the latter of which embraces all the good, humanist sentiment of the holiday (the peace and goodwill thing) with none of the baggage involved in taking the mythological parts seriously. We shouldn't need a particular time of year set aside during which it's the proper thing to do to be good to one another. But with all the sectarian ideologies around the world eager to divide humanity into warring factions throughout all the rest of the year, clearly we do. A shame that in this country, the Christians who claim to be Christmas's most ardent supporters want to turn it into a divisive time, too.

Finally, here's one more bit of childhood Christmas nostalgia that still rocks my world. Who doesn't remember growing up with this bit of awesomeness? In fact, I think I'll watch it tonight over a cup of hot chocolate. 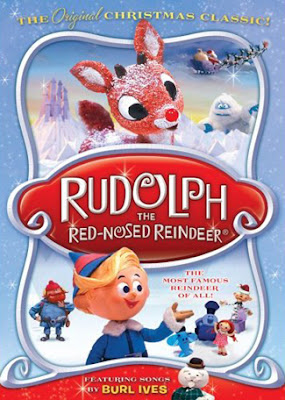