Posted by: Unknown
Email ThisBlogThis!Share to TwitterShare to FacebookShare to Pinterest
When Mark from Stone Church called again yesterday, he provided a perfect example of something that I've been meaning to blog about for a few months. Namely, it is a tempting but extremely bad habit to only associate with people who agree with you all your life.

One issue that most Atheist Experience hosts feel passionately about, apart from religion, is the spate of anti-scientific attacks which have been leveled against vaccinations. When you vaccinate yourself, you deliberately expose your body to small quantities of a disease or virus, in order to train your immune system to recognize and attack that disease. If you don't get vaccinated, when the disease attacks you in its natural form it will likely be much stronger, and your body still won't know how to deal with it. 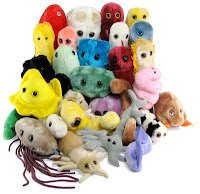 The fact that they may be adorable is only slight consolation.

Worse, by putting yourself at risk for this disease, you also become a carrier, which could increase its presence in the population at large. The more people there are in a given population who haven't been vaccinated against a disease, the more risk everyone takes of catching it, and the more common the disease comes.

Critical thinking, of course, is your immune system against bad ideas. Even if you have a general background in skepticism and logic, it can be hard to spot the flaws in a claim that you've never heard before. The first time anyone encounters a concerted efforts to discredit vaccination, or prove that alien abductions occur based on anecdotes, or claim that evolution is a scientific conspiracy with no more proof than Biblical literalism -- it's not as easy as you might think to see through those arguments.

It's really not good enough to say "That's stupid" and ignore them, because if you have a policy of treating ideas you disagree with that way, then you risk becoming so dogmatic that you wind up rejecting things that are actually true. Instead, skepticism is a habit that requires practice. It's good mental exercise to take such claims seriously, to ask yourself "What are the implications if this claim is true? Can I investigate it? Are there arguments against it already out there in the memesphere? If so, are they convincing, or do the debunking efforts rely on fallacies themselves? If there are none, why not? Is it not high enough profile, or is there something else going on?"

A lot of religious traditions -- like those practiced in Austin Stone Church -- reject this approach. Followers of such religions not only don't try to understand competing points of view themselves, they regard any efforts to do so with suspicion and fear. They may actually believe that it's a sin against God, or a trick by Satan, if you are even humoring a bad idea. Apologists will often seriously question the value of sending kids to college, because they might be exposed to "worldly" ideas. Cults sometimes advise their members not to read newspapers or watch TV, lest their minds be poisoned by outsiders rejecting their beliefs.

This is the intellectual equivalent of avoiding diseases by locking yourself in a hermetically sealed bubble for life. It can work, of course. As long as no germs can get inside the bubble, you can't catch anything. On the other hand, once you're committed to this plan, you can never leave the bubble for any reason. If you do, your immune system is likely to be so weak that you are especially vulnerable to any and all diseases you might encounter. Something very much like this is speculated to have happened to the relatively isolated Native American population when they first encountered European settlers who, by virtue of living on a much larger, more diverse, and densely populated continent, were relatively swimming in diseases regularly, and hence had much broader immunities. 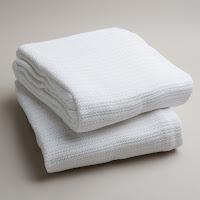 Here, take this blanket. No really, I insist. We're not using it anymore.

So when you've been sheltered by fundamentalism your whole life, my feeling is that you have to keep sheltering yourself or become similarly vulnerable to invasion from foreign ideas. Which is essentially what Mark told us he does in our call yesterday.


Many emailers have homed in on the fact that Mark kept telling us what his church believes, as synonymous with what he believes. Tracie and I mentioned that the kind of evidence that we would need for God is not really all that strict, and that you don't need to pray or "have faith" in order to be convinced that your mom exists. When something is real and testable, it can be perceived independently by many different people in the same way.

Mark responded that everyone at his church believes the same thing about God, and he proved it by reading a "statement of faith" that all church members are required agree to. I said, "It sounds like you have to devote a lot of work to making people believe the same thing." And of course, there are 30,000 other Christian denominations in the US, many of which have very different perspectives on who this God person is.


I have long loved this interview that American Atheists spokesman David Silverman once did with Douglas Adams.

Above: A face that David Silverman probably did not have to make while talking to Douglas Adams.

In the interview, Adams elaborated on a great many of his atheist beliefs in a way that he has rarely done explicitly in his other work. One of the most striking and memorable arguments presented by Adams was in comparing religious beliefs to other types of scholarship.
Adams points out that if you wish to be taken seriously in the realms of science, history, or math, you should expect to be challenged constantly. Any claim you make, no matter how trivial the matter may look to those outside the discipline, will be subjected to withering criticism and debate, and the ideas that remain standing after this process, round after round, are the ones that can eventually be regarded as credible.
But religions don't accept that burden of proof. Quite the opposite, in fact; when someone promotes a silly belief as a statement of faith, we're asked to lend that faith some sort of automatic respect. Atheists who argue with the faith-beliefs of others are regularly regarded as being dicks.
Anyway, Douglas Adams concluded:

So, I was already familiar with and (I’m afraid) accepting of, the view that you couldn't apply the logic of physics to religion, that they were dealing with different types of 'truth'. ... What astonished me, however, was the realization that the arguments in favor of religious ideas were so feeble and silly next to the robust arguments of something as interpretative and opinionated as history. In fact they were embarrassingly childish. They were never subject to the kind of outright challenge which was the normal stock in trade of any other area of intellectual endeavor whatsoever. Why not? Because they wouldn’t stand up to it.

And that, in a nutshell, is why it's not a good idea to show politeness and "respect" for people's beliefs. I try as much as I can to show respect for the people themselves, and appreciate the diversity of backgrounds that causes them to think the way they do. Greta Christina wrote a great article a few months back called "No, Atheists Don't Have to Show 'Respect' for Religion," which observes the same behavior. Greta says:

And, of course, it's ridiculously hypocritical to engage in fervent political and cultural discourse -- as so many progressive ecumenical believers do -- and then expect religion to get a free pass. It's absurd to accept and even welcome vigorous public debate over politics, science, medicine, economics, gender, sexuality, education, the role of government, etc... and then get appalled and insulted when religion is treated as just another hypothesis about the world, one that can be debated and criticized like any other.

It's not about making fun of religion just for sport. When you tiptoe around someone's beliefs, you're not doing them any favors. All you are doing is allowing them to stay in their little bubble for a bit longer, while enabling them to spread the idea that it's okay to be closed off to competing ideas.